Themba Ncongwane is a Procurement Officer and lives with his fiancé in Johannesburg.

“The fact that I was overweight had a negative effect on my life in general. ”

Always an overweight guy, Themba had never been at war with his weight, as he simply accepted his body for what it was. It was his emotional mood-swings and a health scare that socked him into action. His ability to eliminate his unhealthy eating resulted in more than just weight loss – but a changed life.


My grandmother Francina, who is 92, was perturbed about my weight situation, and she constantly encouraged me to do something about it.

I had never tried going on any type of diet before. I had always been active and had no trouble engaging in sporting activities, be it soccer, athletics or cricket, so going on a diet never appealed to me. However being severely overweight I was limited in the type and amount of physical activity I could partake in, and was at a loss for what I could do to slim down and get healthy again. However after seeing photos taken of a very overweight me at my 30th birthday celebration, I was shocked into action and, immediately made a commitment to lose weight, no matter what!

Yoliswa who was then girlfriend suggested that we both join Weigh-Less ‘on a trial basis’. I assumed that she realised that I needed a bit of motivation, and she was going to help motivate me. We both joined at the same, time even though we were based in separate Groups. I joined a Group in Edenvale, and Stella Steiner was my Group Leader.

My first Group meeting was somewhat tense, as I did not know what to expect. I walked into the room and sat very calmly at one of the tables whilst Stella attended to some other Members. I was given a form to assess my dieting personality, and my measurements were taken. The most interesting reading was my weight, which showed total mass of 117kg! I was shocked at what I actually weighed, but even more alarmed that I had to reach a Goal Weight of 88kg! However, Stella was very sweet and extremely accommodating; she presented me with a new file and explained the Eating Plan clearly. My journey to a healthier me had officially begun.


“ My friends always ridiculed me about my bulging tummy which hurt, and caused me to become unhappy with my situation. I soon earned the title of ‘uncle’ given to me by the younger guys – a name associated with tired, old men!”.” 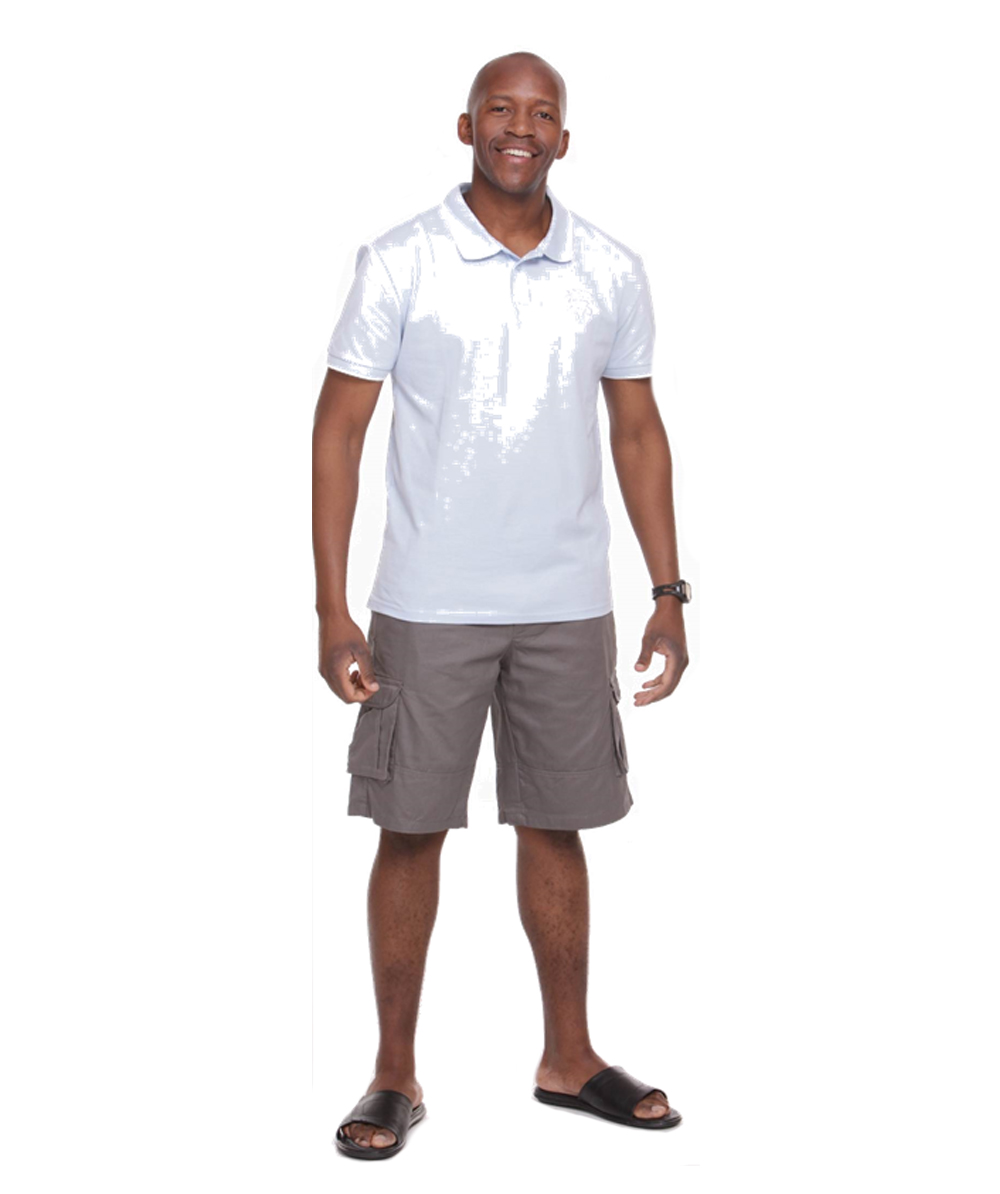 
I knew then that I had finally committed myself and there was no going back. The fist week was challenging as I had to forego lots of things that were dear to me. Nevertheless, I religiously followed all instructions and advice given to me by my Group Leader, albeit with lots of difficulty and patience. I was shocked and relieved to notice a significant change within the first week of engaging in the Weigh-Less Eating Plan. My new eating habits, that promoted detoxification of the body, certainly kick-started my weight loss. I was truly amazed when I stepped on the scale to see that in just over a week I had lost 3.4kg!

I enjoyed most of the food on the Eating Plan, and also learnt to eat the foods that I didn’t enjoy so much. Although I must admit that there were some of the initial difficulties that I experienced during the first few weeks on Weigh-Less. I had to cut down quite considerably on sugar in-take as well as do away with too much processed food – something I had become accustomed to. However, once my body had adjusted to the Eating Plan everything seemed to go smoothly as the weight continuously dropped noticeably week after week.

As I am quite a social person, and enjoy entertaining and spending time out with my family and friends, monitoring my food intake at these social events proved a huge challenge. I dealt with these temptations by internalising the Weigh-Less principles. This helped me immensely as I learnt to enjoy food with confidence by making the best possible choice for each occasion. I always tried to avoid foods that were likely to increase my weight, and opt for Best Choices instead.

Interesting enough some were worried as they thought that I was suffering from some sort of sickness that had led to my unusual appearance! Comments from friends and family come fast and furious as I neared my Goal Weight as they appreciated my changing (for the better) body. My embarrassingly huge tummy was beginning to subside whilst my personality became brighter. If I may say so, I think I started to look quite handsome, and this was an awesome feeling!

“The people close to me were amazed by the changes that I was making and the results that were clearly becoming evident. ” 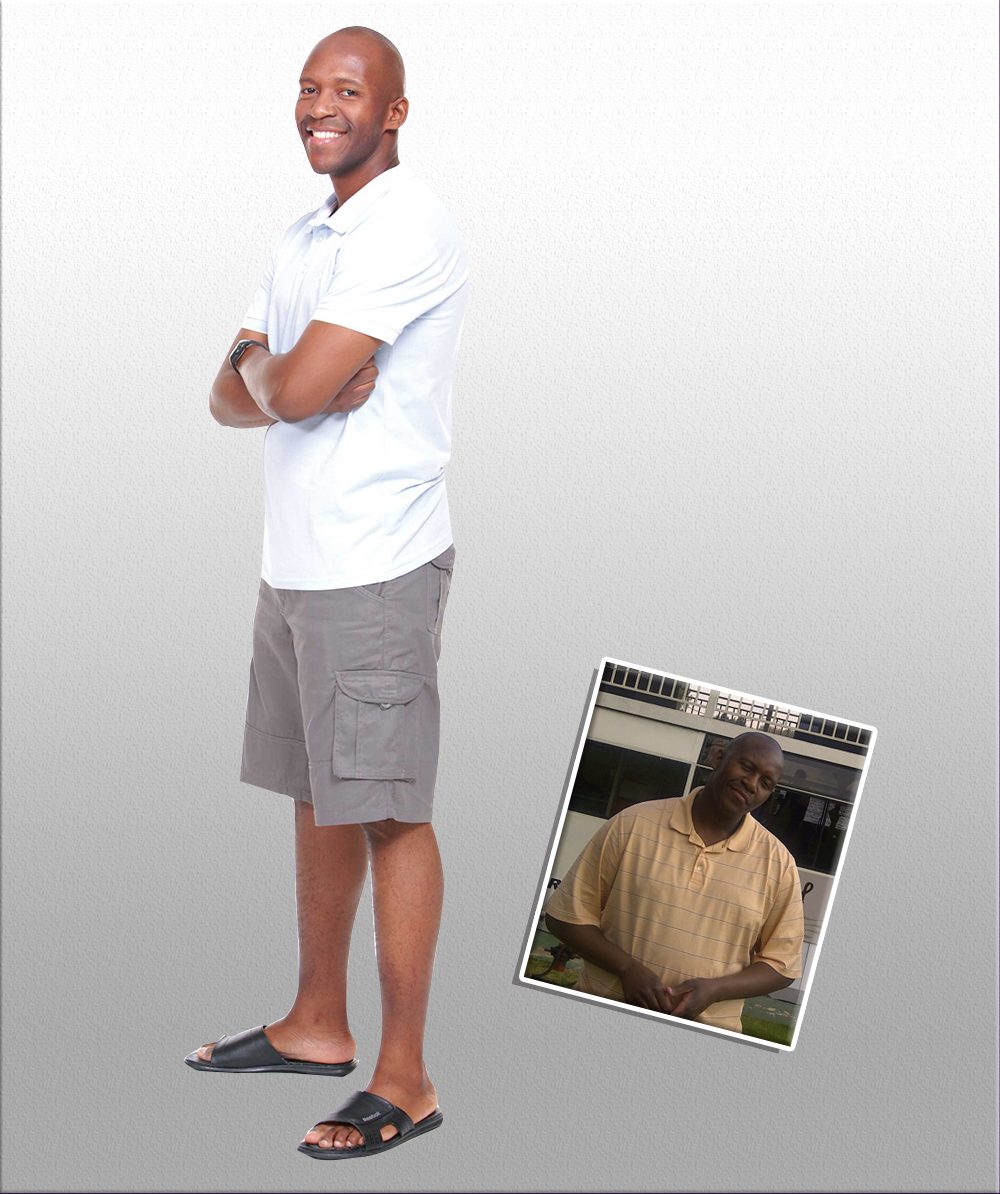 So much more than just a diet

Weigh-Less has now become a permanent part of my life from morning to bed time. My sister has since been inspired by me, and as such has joined Weigh-Less. Almost everyone in the family has begun to enjoy the different meals that I have introduced, and it is interesting to note that they too are seeing some difference in their wellbeing.

On a professional level, I experienced one of my greatest complements. After reaching Goal Weight I went for an interview for a job that I had applied for, and received the following comment from the person doing the interview, “Themba you are looking smart and presentable.” My confidence was, without doubt, at its highest peak at that interview – and I even got the job!

My personal life has improved considerably as is evident by the wonderful comments received from my fiancé who does not cease to admire my new look! I have got my sight set on fulfilling my dream of getting married soon, something I can now do with confidence. Initial negotiations with the in-laws have started and are going very well. My fiancé has played a major role in encouraging me to face my weight loss challenges, simply by sharing the Weigh-Less experience with me, by following the Eating Plan and going the processes together we have helped each other reach our goals – and for this I am truly grateful.

Support structures are very important, especially when it is support from family and close friends. The benefits that accompany weight loss, such as good health and improvement in overall shape of the body cannot be over emphasised.


“My slim body has really restored my pride, given me a new lease of life, ensured that I gain respect from my friends as well as being shown lots of love by the whole family.

Breakfast: I really enjoyed the Weigh-Less All Bran cereal with skim milk.
Lunch: A nice juicy sandwich with veggies on the side. This meal provides me with all the necessary nutrients and energy for the day.
Dinner: I enjoy mostly pasta with a Protein such as mince.
Snacks: I was never a big fan of any fruit before joining Weigh-Less, but now I will eat most fruits.